Our brief for this project was to modify the bottom step on the original stairway that had been put in when the house was built 4 years ago. The problem with the original stair was the angle at which you accessed it. It was awkward and people had fallen (see picture below). 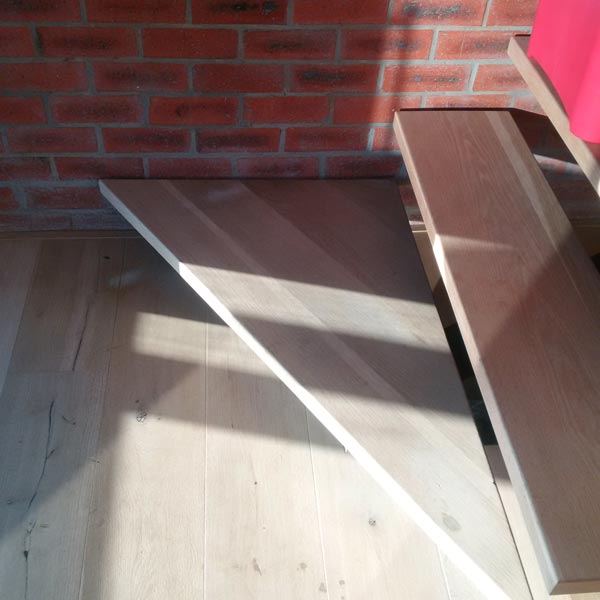 We solved the problem by creating a larger step which would almost double as a landing thereby removing the awkwardness of the sharp turn. The biggest trick to the project was matching the wood from the original contractor, considering the time delay from the original installation until now. Of the options available the client opted for the more expensive choice which was imported French oak and as you can see it is a perfect match. 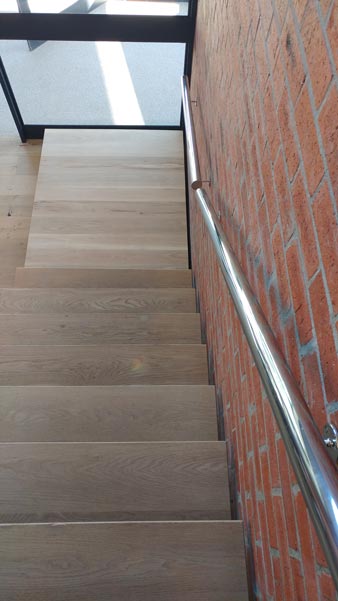 Special legs were fitted for all round support, these were fixed to the floor and blend in nicely with the aesthetics of the room.

The modified stair is much safer and looks pleasing too.